In a report published in The Straits Times titled “Prof, no one is reading you,” Asit K. Biswas and Julian Kirchherr made this rather startling claim:

“According to one estimate, only 20 per cent of [peer-reviewed] papers cited have actually been read. We estimate that an average paper in a peer-reviewed journal is read completely by no more than 10 people. . . . If academics want to have an impact on policymakers and practitioners, they must consider popular media, which has been ignored by them – although media firms have developed many innovative business models to help scholars reach out.” 1 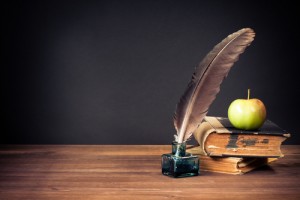 For academic writers, writing for a popular audience can be a challenge. The language of academia becomes second nature, and it can be hard for the writer to put him- or herself in the place of a layperson.

If you are a scholar who wants to write for a popular audience but aren’t sure your writing is as accessible as the audience requires, let me go through your text for you and make suggestions for changes.

My experience in writing both for academia and for a popular audience has prepared me for this kind of writing/editing. The bulk of my writing at Probe Ministries consisted of lay-level radio transcripts which were later edited for posting as articles on Probe’s Website. Two things made this a challenge. First, the language of academia in the texts which I referenced sometimes needed to be modified because of the audience’s (potential) unfamiliarity with it. Second, detailed and dense arguments had to be simplified, a task essential for radio writing but also important for popular level articles. The fine details so loved by academics are sometimes unnecessary for a popular audience, and important points can be lost on listeners who haven’t had an educational background which would prepare them for it. This isn’t a criticism of the audience; it’s a matter of the difficulty academics can have when re-entering a world that they themselves once inhabited. It can be hard to remember what our own level of knowledge was before engaging in formal studies.

I can approach your text on one of three levels. The first is a basic review in which I read the text and make broad comments on its readiness for a popular audience, including one or more specific examples. The next level is basic stylistic editing in which I either do the re-wording myself or make suggestions in the margins. The third level is heavy copyediting in which I also work on other copyediting matters such as grammar, punctuation, format, etc. (prices for these can be found on the “Services” page).